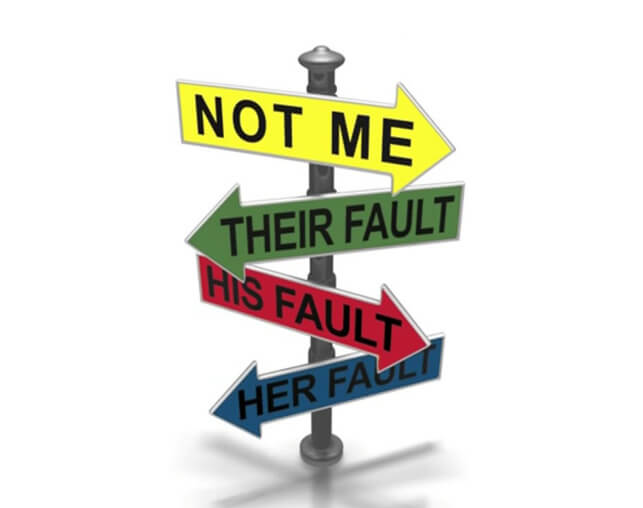 Living in Minneapolis, I wish to comment on the upcoming Federal and State trials for the three police officers who were on the scene during the George Floyd tragedy. At what point does an employee step in and take action against a wrongdoing? When does an employee’s accountability slide into an employee’s culpability? And, what is the difference between the two? These are the questions we will shortly be asking ourselves as these trials all proceed.

All three officers by their actions and inactions participated in some part of the brutality itself – besides being up close and personal as witnesses while monitoring the entire 9 l/2 minute event.

Albeit not of this magnitude, this situation fits into the occasional ethical conundrums employees face in the workplace. And, watching these forthcoming trials may cause employees to not only reflect on “what would they have done?” but, also, may make it more difficult to look away accordingly.

A Bit of Culpability Background...

In the 1980’s, during the Iran-Contra scandal, Fawn Hall, Assistant to Col. Oliver North, admitted to illegally smuggling confidential papers out of the chambers (in her clothing). When the Senate investigation hearings began, she was asked the question, “Why did you DO this?” Her defense was simple, “My boss told me to do it”. Ms. Hall was fortunate, however, to be granted immunity and escaped any retribution for her wrongdoing.
Not today! Today, Ms. Hall would be held accountable for her participation – no matter who told her to commit the act. Her actions directly put her in the culpability arena!

Today’s employees can no longer hide behind their boss’s trousers/skirts and avoid the consequences of wrongdoing. And, putting on a badge (or a company lanyard with your ID) does not absolve you from “doing the right thing.” Employees, at any level of responsibility, may not receive the penalties of their bosses’ actions, but the fact they were aware of these actions places them in the hot seat itself. So much for Sgt. Schultz’s defense: “I know nothingka!”

At what point does one step in – and take action against a wrongdoing? It should be a slam dunk if you are witnessing a murder or any kind of bodily harm to an individual. But, what if the wrongdoing is of the white collar kind – something your boss or your company is doing that is clearly illegal and you, by virtue of your job responsibilities, are witnessing, or, even participating in?

Taking action, of course, may risk your job. (Think U.S. Senator Liz Cheney who was tossed out of her leadership position for calling out the truth). Sure, like Liz, you could be canned on the spot. But, you will ultimately look a lot better when the cards are exposed – and you are faced with the questions, “Were you aware of this?” – and, the loaded follow-up, “What did you DO about it?”

Stepping from Accountability into Culpability

Accountability is simply the state of being held liable, responsible and answerable for your own actions. Employees who are paying attention are dealing with this every day. Culpability, however, is the degree of one’s own blameworthiness in the commission of a crime or offense – ergo – you can be legally charged. Wikipedia describes culpability as simply a measure of the degree to which you can be held morally or legally responsible for your actions and inactions. Remember Oprah’s mantra: Silence means consent!

Either way, you need to be aware of and to assess your own situations with eyes wide open. We all know stepping up to the plate can not only be paralyzing in itself (with all the power issues you will face) but, also, it could mean putting your own job (and accompanying income for your family) on the line. This is responsibility, accountability and reality on steroids!

At the very least, you may wish to consult with an attorney for advice.

Perhaps it’s time to revisit my signature Ethical Priority Compass® which can be your North Star in these circumstances. It’s just three points and, if you follow in this order, you will never be lost!

1. Take care of yourself! You must protect your professional reputation, and your financial security – and do so in a way that is aligned with your personal morals and values.
2. Take care of your company and its customers. They deserve your protection because, without them, you have no livelihood.
3. Take care of your supervisor(s). You owe your boss all of your best efforts and your loyalty – but not the blind loyalty of yesteryear.

We will soon be watching a culpability trial of the three police officers in the George Floyd murder when it is played out on the world stage. And, we will all be asking ourselves, “Why didn’t they STOP this?” (Don’t worry – those officers have been asking themselves this question for some time).
As always, life’s actions are a matter of one’s own personal choices. At the end of the day (and maybe even by noon), can you NOT do something and live with yourself?

1 thought on “Accountability Versus Culpability”