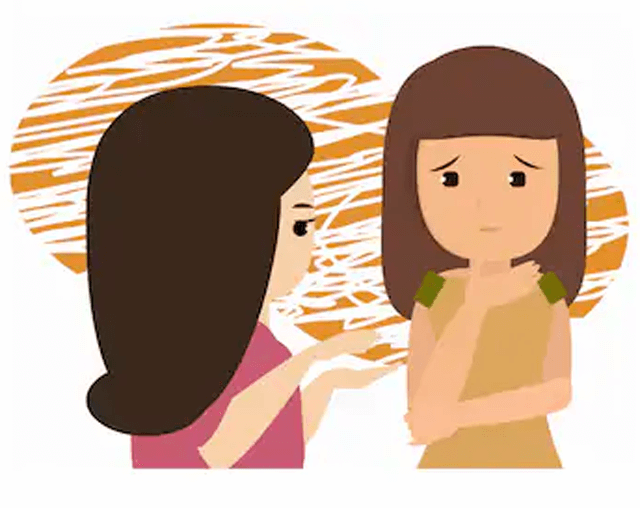 With respect to sharing confidential information, in a perfect world, it would be easy to preach the old adage, don’t mix business with pleasure. But today, because so many of us spend more waking hours on the job than off the job, friendships developed at the workplace often extend into our personal lives.

Here is a real life example that recently crossed my desk.

Help! I am in the middle of a personal and professional conflict. Marcia, my best friend, is the controller of our company. She is highly respected within the organization and holds a position of heavy responsibility. Marcia recently confided in me she is unhappy in her position and is seeking other employment. She asked me not to share this information with anyone. I am assistant to the CEO of the company. I know that, were the CEO to learn of Marcia’s potential departure, he would want to immediately rectify the situation and try to retain her. He also would welcome my relaying this information to him and would be upset if he learned (after Marcia’s departure) that I knew this information and did not share it with him. I feel torn between my personal friendship with Marcia and my professional responsibilities related to my own position within the company.

Why is hindsight always 20/20? If anyone ever says to you “I’m going to tell you something, but don’t tell your boss,” leap from your chair and cry “Stop! Please don’t tell me!” Having to choose between loyalty to a friend and loyalty to a boss is a most unfair proposition.

Marcia has inadvertently placed you in the difficult dilemma of personal loyalty versus company loyalty. If you keep her confidences secret, you allow your employer to suffer a hardship, and possibly even hurt your career by causing others to question your loyalty. If you speak up, you violate your friend’s trust and possibly hurt her career. This is one of those unfortunate circumstances where the assistant is trapped by two poor choices, either one of which will have a negative result.

This situation reminds me of a church secretary who was told in confidence by the church minister he was going to break his contract and resign within the next month. The secretary agreed to keep the minister’s plans to herself, and she did. A month later, the minister announced his plans and abruptly left the position. A day later, the church board president called the secretary into his office and asked her if she had known the minister was going to leave his position. She said yes, he had told her in confidence about his plans the month previously. The president fired her on the spot.

This hardly seems fair. Yet the president believed her first responsibility was to the church (and therefore, the board of directors), not to the minister. When she received any information directly affecting the wellbeing of her employer, she was obligated to disclose it, the president believed.

In retrospect, the secretary should have told the minister immediately that he was placing her in an unfair position and possibly jeopardizing her job. By choosing to remain silent, she in effect became a de facto co-conspirator against the best interests of her employer. She should have at least negotiated an equitable compromise to the promise of confidentiality – such as “If you don’t say something within the next week, I’ll feel compelled to talk to the board myself.”

The secretary did what she thought was right for her at the time. But there is nevertheless a lesson here. As a professional, an employee is bound to communicate any and all information that is certain to adversely affect the organization. Unfortunately, the penalty for this secretary’s silence or sin of omission was her job.

Go to the Source

Back to Marcia. Most readers agree the writer needs to talk to Marcia and persuade her to discuss her concerns and plans with company officials. A promise is a promise, say readers, so speaking to the CEO (or anyone else in the company) about Marcia’s feelings before first conferring with Marcia is unacceptable.

You already have a confidential relationship with Marcia. Ask her specifically how she believes her unhappiness on the job might be rectified. “It is important to find out the source of Marcia’s unhappiness,” writes Sandra Camper, senior secretary, Oki Telecom Inc. in Suwanee, Georgia. “Perhaps it is a lack of challenge, boredom, frustration with some particular problem, a personality conflict…”

You will learn a lot from this kind of objective discussion and so will Marcia by discussing solutions in a positive sense. Discussing these options with Marcia would benefit both she and the company, whatever the final outcome.

Readers also say just talking to Marcia is equally unsatisfactory. Real careers and real money are at stake here. Marcia is too important to the company, and she will probably be difficult to replace in this day of tight job markets. Simply expressing yourself to Marcia does not give the company the “heads up” information it needs to avoid a potential hardship.

Consider the details. Marcia has not begun sending out resumes. She apparently does not have any immediate prospects for a solid job offer, nor did she say she was planning to spring the news of her departure on the company in anything less than a professional manner. Actually, it sounds like all she expressed was some frustration about her current job. In other words, there’s still time to talk.

How can you get Marcia to talk to her boss (or someone else representing the company) about her dissatisfaction with her job? You can probably speak to her bluntly considering she already has confided in you. Ask her what she has probably asked herself: “Would it not be in your best interest to at least talk with someone who can make a difference in the areas that are causing you unhappiness?” If she’s already made some effort to get her concerns addressed, but feels let down, she may just need a nudge from you as a friend to keep trying.

You could get tough. “Because Marcia has put you in a difficult position, the burden can be placed right back on Marcia herself,” says Patria Knapp of St. Elizabeth Hospital in Elizabeth, New Jersey. “I would give Marcia a time limit to inform the boss of her unhappiness on the job and to discuss with him/her positive ways to rectify the situation.”

This is a delicate matter. It’s difficult to get people talking with each other without tipping your hand that you know something you cannot share. To your boss (or the appropriate person), you may suggest, “I think you should check in with Marcia. She seems a little down, and it might help if you had a little one-on-one time with her to see how things are going.” (Thanks to Antoinette Cirone at Iomega Corp. in Roy, Utah, for this and other conversation starters.)

Involve yourself only to the extent of encouraging Marcia to talk to her boss or your boss and, possibly, encouraging someone from the company’s human resource department to talk to Marcia. Your role in this is as a friend of Marcia and a friend of the company. Your objective is to help create the opportunity for communication to occur. You cannot assume any responsibility for the content of that communication. They should talk to each other to settle their differences without any further involvement from you. But you do have a personal and professional responsibility to make sure they do talk. You can help get the conversation started, then step back and let Marcia and the company take care of their business.

No matter what you do, you are at risk. The Ethical Compass can guide you: First, take care of yourself (don’t get caught in the middle, give Marcia a chance to come clean before you speak up), then take care of your company (disclose everything to the company while there is still time to talk to Marcia), and finally, take care of your boss (don’t let him or her be surprised by anything).

It is important, however, to stay objective. Carrie Rogers CPS of Texas Medical Center Library in Houston is among those who believe this situation is best left alone. “The best thing for the person caught in the middle of a personal and professional conflict is to stay neutral,” she writes.

Your discussion with Marcia should put you in a position to encourage her to talk openly with her boss and give him the opportunity to rectify the situation. “Encourage Marcia to talk with the CEO about her responsibility,” suggests Judy Harker of the IAAP Kachina Chapter in Mesa, Arizona. “Ask her to identify why she is unhappy and how she would redesign her position so show would be happy. She does not have to let the CEO know she is seeking other employment, if she is uncomfortable doing so. This would be a win/win situation because it allows Marcia to ask for what she wants and allows the CEO to make it happen for her.”

“If Marcia’s unhappiness lies in a pay issue, a recognition issue, a job satisfaction issue, or autonomy issue, it may be relatively easy to fix her concerns with a reasonable salary increase, increased job scope, or additional training/involvement,” adds Antoinette Cirone. “If her reasons lie more in that her objectives and those of the company don’t align any longer or she is seeking career advancement and mobility that seem impossible with the current company, it may be time for Marcia to move on for her own personal and professional wellbeing.”

Evelyn A. Madison BS, CPS at Oregon State University College of Pharmacy in Corvallis, Oregon, would remind Marcia that “if she were a finalist for another position, it would be awkward for the CEO to be surprised by a reference request.” And, wouldn’t it be better, were she to seek another position, to have her boss’ reference be a positive one? This would only be possible if her boss had the opportunity to retain Marcia as an employee. If he was blindsided by her abrupt departure, she would never have the luxury of his glowing reference on future resumes.

We often walk that fine line between personal and professional relationships in the business world today. Often, such thorny dilemmas arise. If possible (and I think it can be done), keep a positive and objective approach and you will be able to retain your friendships and your job.