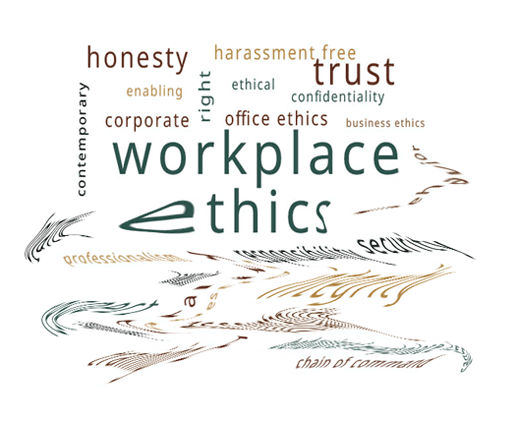 I recently received an email from an administrative professional expressing dismay at how her office was experiencing a meltdown of workplace ethics.

I am witnessing a meltdown in the ethical standards of my office of about 25 people. It’s like everyone has caught the same virus: the selfish, self-centered bug. Everyone seems to be stealing, lying, and generally disrespecting each other. I love my job and I can’t give it up with losing seniority and my shot at a great pension. What can I do to turn this situation around? Can just one person make a difference? Do I quit or ride it out? Or can you suggest something constructive for me to do? Don’t suggest I set an example. I tried that and got played for the fool and the sap! What can I do to turn this cesspool into a swimming pool?

Former U.S. Vice President Hubert Humphrey once said: “I wondered why somebody didn’t do something. Then, I realized I was somebody!” Agonizing in Auburn feels alone and disconnected from her workplace community. Who are these people, she wonders, who can behave in such unethical ways? She also wonders can one person make any real difference if he or she wants to improve the ethical culture of an office? The answer is yes.

The ethical office is an organizational culture that fosters mutual respect, trust, and honest communication among coworkers, customers, and vendors. The term is gaining usage in current business vernacular and the concept is becoming another means for achieving competitive advantage in the marketplace. Companies are seeing the link between healthy profits and cultures that foster ethics in every office and at every workstation and loading dock.

Office ethics are for everyone, not just upper management and obvious victims. All respondents to this dilemma said someone in this position could and should be sufficiently empowered to take action to remedy the situation. Action should start with a frank conversation with your supervisor about anything you are concerned about, according to Myrna Thompson at Pacific Bell. A few respondents recommend that, if all else fails, the writer should find another job, but only as a last resort.

“I would suggest talking openly with your supervisor/manager. If they don’t listen or are a part of the problem, go up the ladder,” says Norma Kasinger, secretary at LaPorte Hospital and Health Services in LaPorte, Indiana. “If your supervision team doesn’t want to deal with these issues, suggest that they assign a team leader to help. I believe one person can make a difference.”

Why don’t more people try to build an ethical office culture? Why do they give up at the first sign of resistance or conflict? Why are they so concerned about pleasing people and keeping everyone from feeling the least bit uncomfortable? It’s high time to debunk some of the myths that keep people from taking action and standing up for what they know is right.

This is highly doubtful. Unethical behavior is costly in lost productivity, public relations points, and hard-earned profits. You may have some silent observers at the moment but people do notice and people do care. They are simply waiting for someone else to be first, to be a leader. “I’m guessing there might be several other consciences in your company, other than yourself, who want a better work environment—even if they have not openly declared themselves,” writes Lorrie Prest of Medical Device Consultants Inc. in North Attleboro, Massachusetts. “You will soon realize you have undercover assistants as soon as they recognize your own determination, concern, and sincerity.”

“What others do is none of my concern.”

Yes, it is! No office professional can be successful with an isolationist, blinders-on, I’ll-just-do-my-job attitude.

“It’s not by job to police my boss and/or coworkers.”

Yes, it is! If you care about your job, your company, and your reputation as a professional, you should be concerned with maintaining the ethical standards that work for your office. Most executives appreciate and value the tactful reminders and reinforcements they receive from their support staff.

“I can trust my boss to always be fair (or unfair).”

Wrong! Bosses are human, sometimes wise and sometimes clueless. Generalizing about how your boss always thinks or acts is self-limiting and leaves no possibility for positive change. Accept that there may be times when you will have to talk through some thorny ethical decisions. You can prepare for those discussions by cultivating an open, free-flowing communication style with your boss.

“I can trust my company to always be fair (or unfair).”

Wrong again! The “company” is a neutral, abstract entity that cannot care about your sense of right and wrong; it doesn’t have feelings, a sense of justice, a memory, or even a conscience. But the company isn’t a faceless, nameless entity that runs itself; it’s an association of real people who generally make the best ethical decisions they can. Who are the people running the place? Can you talk to them or talk to others who can talk to them? Every organization has leaders, formal and informal, who can influence the corporate culture.

This is probably the most self-defeating myth of all. Yes, your boss has more power than you do, but that doesn’t mean you have no power at all. Assert yourself and speak up with your best ideas and alternative approaches wherever possible. Look for a reasonable middle ground.

No one can empower you; you empower yourself. Being empowered means you know you have a choice—a choice to change, improve, or leave. You always have the choice of resigning and walking away from the unethical atmosphere you find yourself in. But it’s unfortunate when an office professional says he left a firm due to the unethical behavior of the supervisor. In other words, that assistant had to leave a good job with benefits, salary, friends, and reputation and start over just because of some ethically impaired manager. Someone like Agonizing in Auburn is better served by taking on the challenge of building an ethical atmosphere. Sound impossible? It can be done.

Take a Stand For Your Ethical Office

Following are eight simple guidelines that will help you take a stand for your ethical office:

Here are a few key questions to ask your boss in this initial conversation:

Fix the Meltdown of Workplace Ethics or Else

As I have previously discussed in an earlier post, Time to Reset Accountability in the Workplace, the ongoing discussions with your boss should lead to action in the form of a code of ethics, an ethics hotline, team meetings, seminars, additional training, involvement by senior management in new initiatives, and other ideas.

“If the company does not become concerned with these problems, they will (1) lose good employees like yourself and (2) lose their customers besides,” says Norma Kasinger. “There are swinging doors in the human resource department and marketing department at companies that have an unethical culture.”

Initiating and conducting a constructive conversation and plan of action about ethics among your coworkers will probably be difficult. But the task is well worth the effort. The advantages of establishing the ethical office will soon be apparent. Simple statements of principles and values, when integrated into the day-to-day operations of the company, can inspire employees to change their behavior overnight and make their next decision the right decision.

Change Starts With You

Don’t wait for someone else to inspire you or cajole you or even shame you into establishing an ethical office. Begin today, and reap the rewards so many have found in doing the right thing.

You have an important role to play, even though you may feel your contributions and efforts are so small as to be inconsequential. That’s just not true. The small decisions you make are small steps leading in the right direction toward more ethical workplaces. You are in control and you can make a real difference.